VASEP has urged the country’s sector to step up its fight against illegal fishing, or risk receiving a yellow card warning from the EU.

This is an important step to stop Vietnamese seafood from being warned or prohibited from importing to key markets like EU and the US.
According to VASEP, Vietnam could be fined by the EU with a “yellow card” if it does not promptly and fully adhere to EU’s requirements on fighting IUU fishing, which are related to the five recommendations made by the Directorate-General for Maritime Affairs and Fisheries (DG MARE)’s working group during the reviewed period of May 15-19, 2017, in Vietnam.

If a country is subject to a yellow card, it will create nervousness among EU retailers in connection with seafood imported from that country, and they may substitute the seafood from that particular country. If the country is fined with a red card, its seafood products will be banned from import into the EU. 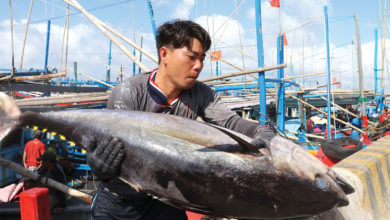