The seafood industry has risen to seize the opportunity amidst the difficulties and challenges in the first six months of 2021.

Strive to reach the export target of USD 8.5-8.7 billion

At the Conference to review activities in the first half of the year and implement tasks for the second half of 2021 of the Directorate of Fisheries (MARD) on July 6, Deputy Minister of Agriculture and Rural Development Phung Duc Tien assessed that fisheries and livestock farming are two sectors contributing 49.45% of the total agricultural export value.

“The growth potential of both fisheries and livestock farming remains huge, if both sectors can not boost themselves and exploit the strong points to develop, it will be hard for the agriculture industry to hit the growth target,” Tien said.

Citing the success in controlling the African swine fever as an example, Deputy Minister Phung Duc Tien said that one of the most important things is ensuring biosecurity.

In the last six months of the year, the Ministry will issue instructions for each field of exploitation, aquaculture, conservation, development of legal documents, information on fisheries, fishery control, science, and technology. All those pieces, along with the coordination and support of industry associations, the seafood industry will have a complete solution to promote development and complete the task in 2021.

The covid-19 pandemic is a challenge thus a premise impetus for the rise of the domestic agriculture industry. The cracking production and supply chains in the world also create favorable conditions for Vietnam to grasp time and chances. Covid-19 prevention and combat works in Vietnam have gained fairly good results creating a foundation for the productive organization.

Currently, India as well as some other countries with a developed shrimp industry are being seriously and severely affected by the Covid-19 pandemic. Meanwhile, shrimp products in Vietnam are evaluated with relatively good quality. Vietnam’s shrimp export market has been expanded recently.

Currently, both the output, area and productivity of shrimp products meet the criteria to not only serve the domestic market but also export to the world in the last months of the year. The national action plan to develop Vietnam’s shrimp industry by 2025 has set a target of USD10 billion in export turnover.

The year 2021 might be a prime time for shrimp products as it is highly evaluated for both productivity and quality. It is forecasted that Vietnam’s shrimp exports in the last months of the year will continue to grow well due to the advantages of FTAs. In the coming time, shrimp farming needs to be more concerned about breeding, feed, veterinary medicine, and biosecurity to achieve the highest level of economic and technical criteria.

In Vietnam, the fishing movement flourished with fishing fleets sometimes amounting to more than 110,000 vessels and it lasted for a long time. So far, the number has decreased to only 94,572 vessels, which shows that the quota, as well as the exploitation intensity, has also decreased.

In 2021, although the number of illegal cases, ships, and exploiters in Vietnam has decreased, the inspector of the European Commission (EC) has confirmed that if the violating ships are still in place, it is impossible to talk about removing the “yellow card”.

“It can be affirmed that the three pillars in fisheries are exploitation, farming, and conservation. In the region and the world, conservation always goes hand in hand with exploitation. Good conservation will create reserves for sustainable fishing, thereby also limiting illegal fishing vessels in foreign waters, this is an important solution to both sustainable fisheries development and contribute to removing the “yellow card” shortly,” Deputy Minister Phung Duc Tien emphasized.

As mentioned by Nguyen Hoai Nam, Deputy Secretary-General of the Vietnam Association of Seafood Exporters and Producers (VASEP), seafood export has witnessed a year-on-year rebound. By the end of the first half of this year, seafood exports increased by 15% against the same period last year thanks to many new measures in pandemic prevention.

Some key products such as shrimp are leading the market share in many major markets, competing with shrimps from India, Indonesia, and Ecuador. Most of the items increase well such as shrimp increased by 13%, pangasius increased by 18%, tuna increased by 20%, oysters and clams with the turnover were small, thus, the growth rate was up to 45%.

From the perspective of being a lap link in the production chain and the important role of the Directorate of Fisheries in the period 2020-2025, Nam proposed two areas that need to be highlighted more so the state can pour more energy and forces to namely the infrastructure development and issue related to the US Marine Mammal Protection Act (MMPA) as it relates to export category and national capacity. 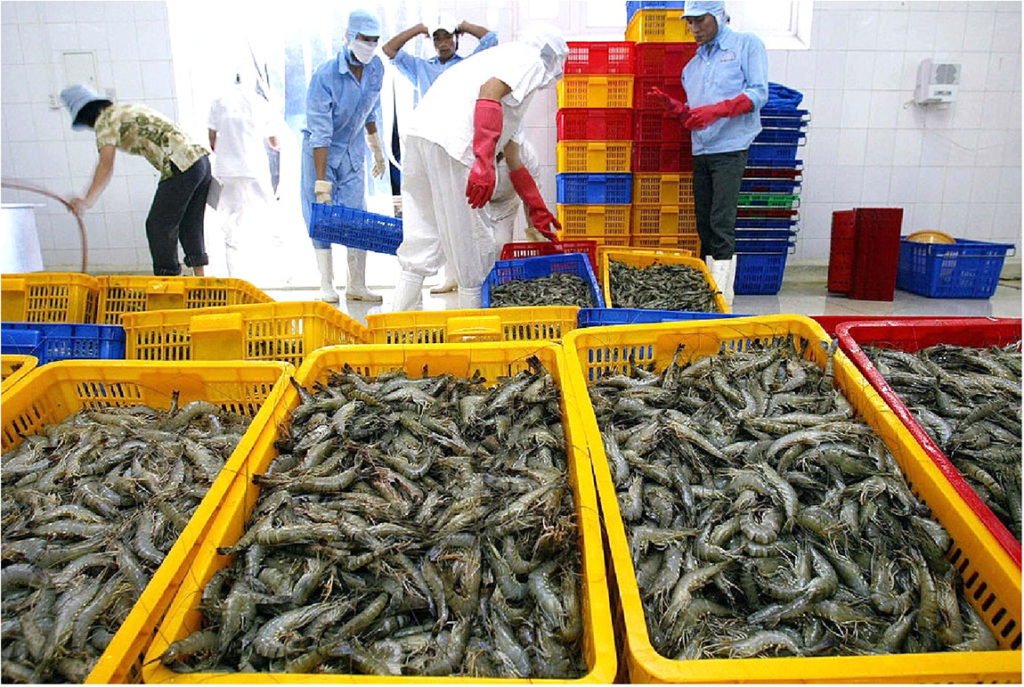 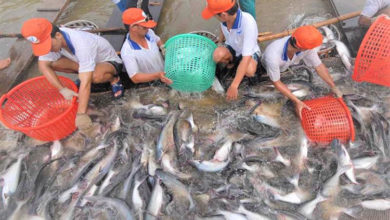