“Chả cá”- The dish, grilled fish served with rice noodles, served at the table with a combination of dill, asian vegetables is seasoned with fish sauce and garnished with coriander and peanuts. It is deservedly famous institution in Hanoi.

Chả cá is a good dish if we put everything together – especially strong and probably stinky shrimp paste, crispy roasted peanut, flavorful, hot fish with “cold” rice noodles and don’t forget the dill. You can eat chả cá at the most distinctive restaurant in Hanoi such as Chả cá Lã Vọng, Chả cá Anh Vũ and Chả cá Thăng Long, etc.

Among which, Chả cá Lã Vọng may be the most famous dishes in Hanoi. The dish, grilled fish served with rice noodles, served at the table with a combination of dill, asian vegetables is seasoned with fish sauce and garnished with coriander and peanuts. Chả cá Lã Vọng has a long history. In ancient days, there was a street selling paints, called the Paints Street. The Doan family, located at house No, 14 of this street, hit upon a new idea that sold fried fish pie served with soft noodles and seasoning. Encouraged by the appreciation of customers, the family specialized in this trade and the shop was called as “Chả cá Lã Vọng store” as a wooden statue of an old fisherman (Lã Vọng) holding a fishing rod and a string of fish stands at the door. As the specialty grew famous with every passing day, the street was renamed by the people as Chả Cá Street (fried fish pie street).

The fish used in this dish is Hemibagrus, a type of Catfish caught in the rivers of the northern mountainous area. It is one of the biggest river fishes thus very easy to remove all bones to have a big fillet. The fish is cut into matchbox-sized pieces, marinated in galangal and turmeric along with other spices. Then the spiced fish pieces are placed into bamboo clips to be grilled on charcoal until both sides are almost cooked. After that, the fish is put into a frying pan with hot oil, together with dill and spring onion for a short time.

Although “Chả Cá” can be found in many restaurants even around the world, the orginal “Chả Cá Lã Vọng” is still open for locals and tourist after five generations. It is in the old quarter, at 14 Chả Cá Street, named after the grilled fish dish that has gained astonishing popularity within and outside Việt Nam over the last few decades, used to be Hàng Sơn Street not too long ago. 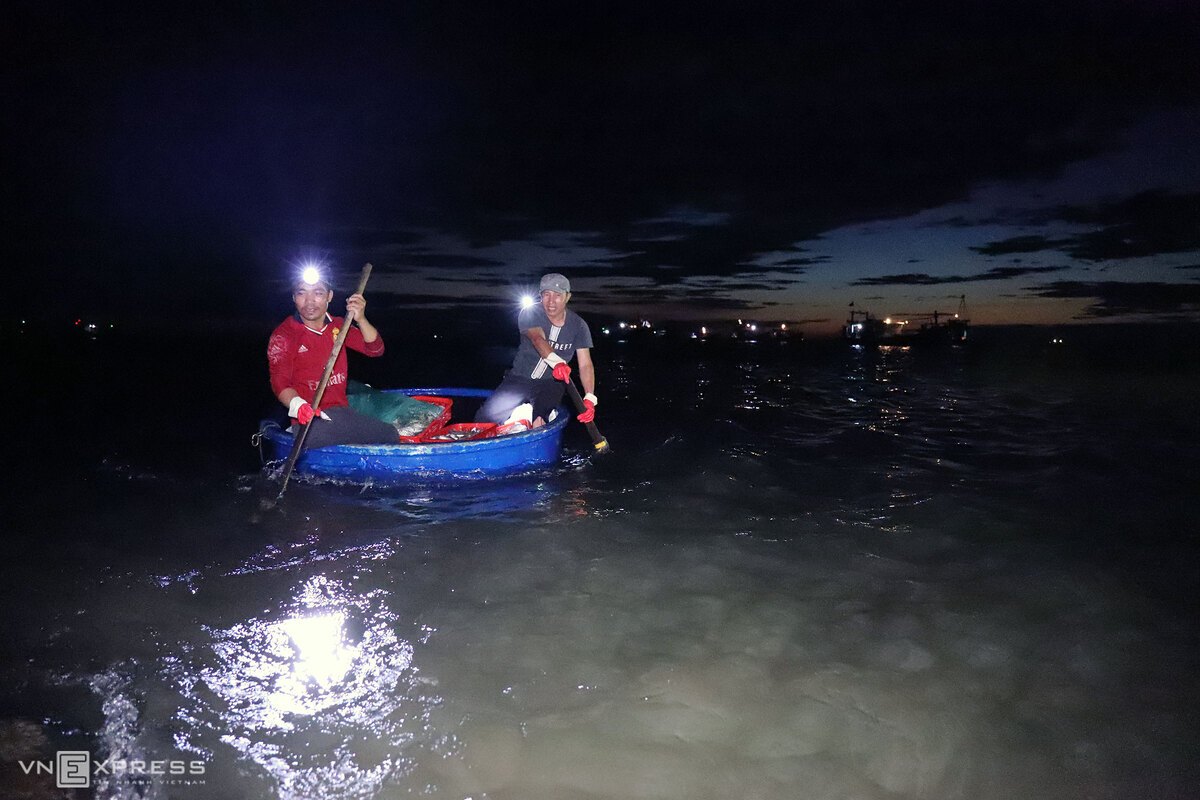 600-year-old seafood market along the breakwater 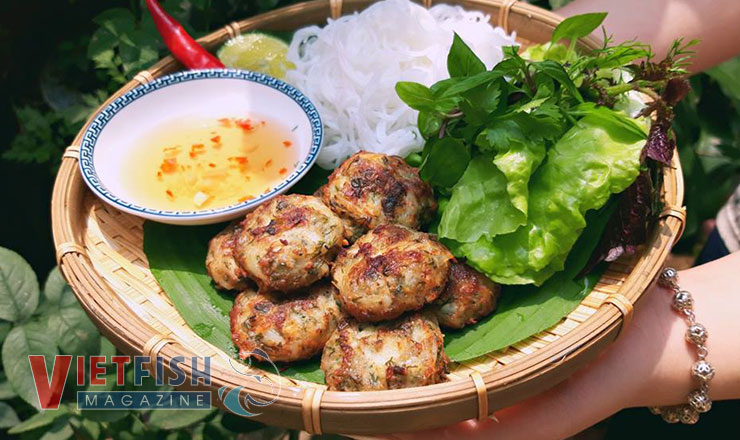 Vietnam is still the largest shrimp supplier of England