In quarter I of 2022, Vietnam’s shrimp exports to Korea reached nearly USD 104 million, up 52% from the same period last year. Sales of Vietnamese shrimps to Korea increased slightly or decreased in 2019 and 2020.

According to statistics by the ITC, Korea bought approximately a worth of USD 135 million in the first two months of 2022, up 33% from the same period last year. The country increased their purchases from all main providers, with the most increase being recorded in the Chinese market with 66%.

Vietnam is the biggest shrimp provider to Korea, holding a big market share of 44.5%, while other competitors such as Canada, Ecuador and China hold 10.9%, 9.5% and 8.1% respectively.

Sales of Vietnamese shrimp to Korea are forecasted to increase in the next months thanks to Trade Agreements and Free Trade Agreements (VKFTA) which has become effective since December 2015 and the Regional Comprehensive Economic Partnership (RCEP) which has been in effect since January 2022. 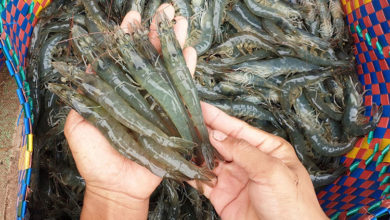