In Nghệ An, due to the COVID-19 affection, many merchants no longer came to buy and trade, causing the seafood of fishermen to decrease and the atmosphere at several fishing ports not to be as hustle and bustle as before.

According to fishermen in Diễn Ngọc commune, Diễn Châu district, at Lạch Vạn fish port, the number of ships sailing to the sea reduced greatly, and the price of seafood also declined but the merchants did not come to trade.

Merchants have no longer come to buy since Diễn Châu district implemented social lockdown according to the authoritative instruction on COVID-19 prevention. Many ships have been on shore, while the others have still been on sea, hoping to earn some money. However, since merchants bought less, many kinds of seafood decreased by 10.000 – 20.000VND/kg.

According to merchants, due to several COVID-19 cases which were found positive in some communes in Diễn Châu district, people selling fishes temporarily stopped going to the market to prevent them from the infection. In addition, restaurants were shut down, leading to difficult consumption of seafood, which made seafood decrease in price.

At Lạch Quèn fish port (Quỳnh Lưu district), due to COVID-19 affection in the area, including neighboring Diễn Châu district, it was struggling for seafood to be consumed, leading to the fall in price. This was also the time for Northern fishing, therefore, most ships in Quỳnh Lưu district sailed to catch fish in Northern sea, and simultaneously docked at fish ports in inner provinces in order to take advantage of seafood consumption. 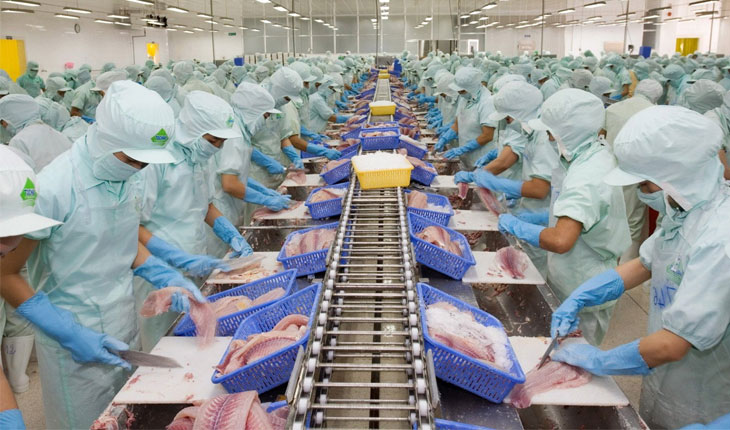