According to report of Fishery Branch, on 23 June, there was a phenomenon of piping and dead fish on natural waterways in a part of Cần Thơ river from Trà Niền 1 bridge to Nhiếm bridge and several channels, canals (Cây Cẩm canal, Sơn Cả – Cái Lang canal, Trà Niền big canal and Cái Tắc canal), which are in Phong Điền town and in several communes including Nhơn Ái, Tân Thới, Trường Long and Giai Xuân in Phong Điền district. The majority of fish killed were white fishes, which have been fished out over 2 tons by the locals, such as carp, silver barb, black sharkminnow, banded mystus, etc.

Local residents called for each other to fish out for food or for sales after witnessing many piping fishes on several parts of the river in Phong Điền district, though they did not know the reasons leading to this unusual fish killed. According to residents living on 2 riversides in Nhiếm bridge area in Tân Thới commune, white fishes such as goose fish, tinfoil barb, silver barb, etc. died a lot.

Witnessing this phenomenon, on 24 June, the Fishery Branch cooperated with the locals to take water samples in several parts of the river having fish killed to analyze. The result showed that the water environment indicators were within the limits, the water resource was in control for fishes to live in and the dead fishes had no symptoms of any diseases.

The authorities will continue to monitor the water environment indicators on Cần Thơ river in the next few days to clarify these indicators and observe the situation of loss for fisheries on several rivers and canals in Phong Điền district to promptly identify the reasons and suggest some solutions to tackle this problem. It is recommended that local people should not use the fish they have caught as food to prevent the risk of poisoning, which could affect their health.

The second VietShrimp 2018 inaugurated in Bạc Liêu Some pictures from the trade fair this year:

Cà Mau is about to get the shrimp harvest in 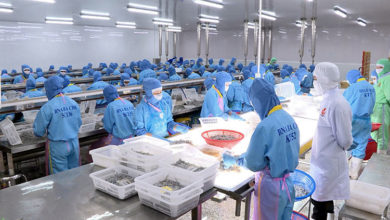 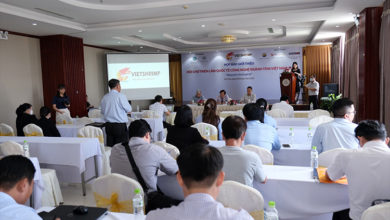