If the covid-19 pandemic cannot be certained in the next months, seafood exports will be seriously impacted and multiple companies, especially small-sized ones, can’t survive

The Vietnam Association of Seafood Exporters and Producers (VASEP) said on April 14 that the global corona virus spread has seriously impacted on Vietnam’s seafood exports and production, with estimated seafood exports reaching only $549 million, down nearly 20% from last year.

It is estimated that the country brought in $1.5 billion from seafood exports, down 14%. Pangasius sector saw the sharpest fall with -31%, mainly due to decrease in sales in the Chinese market since February. Drastic decline was also recorded in sales of marine species such as tuna (-13.5%) and octopus (-28%). Shrimp exports saw a decrease by 4.3%.

The novel corona virus has spread globally, thus exports will be badly impacted in the next few months. Companies will continue to suffer from decrease in sales, postponement/cancellation of orders, transportation difficulties, and payment challenges. Some companies (especially small-sized ones) cannot survive in the face of capital shortage to maintain their business.

Seafood companies are in essential need of financial support from the Government and relevant ministries and sectors so that they can reduce their burdens and difficulties. The support may involve exemption of trade union fee; reduction of business income tax, electricity plugging fee and cold storage leasing fee; extension of power payment, debt due; provision of low interest loans; curtailment of administrative procedures; and preparation for plan and conditions to boost production and exports after the pandemic is contained. 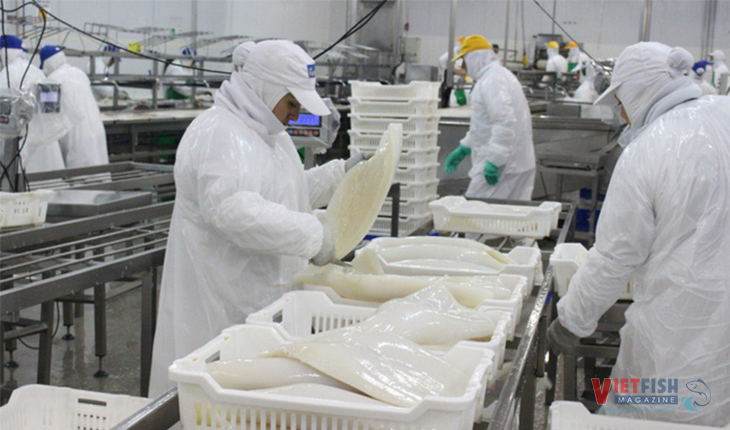