Farmers in the Mekong Delta are shifting to rear natural freshwater fish receiving steady income and reducing the catching.

In the Mekong Delta, besides pangasius, farmers have been engaging in freshwater fish such as red tilapia, grass carp and tilapia without any profit despite skyrocketing prices as compared to the same period last year. The soaring feed price is to blame.

Farmer Đỗ Văn Nghĩa, who has been engaged in rearing fish by cages on rivers for 15 years, has over 10 fish cages in An Bình commune of Long Hồ district, Vĩnh Long province. He said that the feed price ranged at 18,300 dong/kg, 4,700 dong/kg higher than mid 2021.

He added that farmers suffered from losses of hundreds of million dong due to the COVID-19 pandemic from December 2019 to June 2021 when the price dropped to 23,000-28,000 dong/kg. “As many as 50% of farmers in my region were burdened with debts and couldn’t continue with the farming, thus they had to sell their rafts. Feed retailers also struggled as farmers owed them billions dong”, said Nghĩa.

As rearing traditional freshwater fish do not bring as big profit as before, farmers in the Mekong Delta have shifted to natural fishes such as mystus and redtail loach fish which are tasteful and rare in nature and reared commercially in large quantities.

In the hi-tech based fish farm owned by Nguyễn Huy Hùng (in Phước Hanh B of Long Phước commune, Long Hồ district, Vĩnh Long province), banded mystus are being nursed and reared. Hùng said that he dealt with difficulties in rearing commercial red tilapia the previous year. After realizing that the market was in favor of banded mystus, I changed into nursing and commercially farming this species. In Hùng’s opinion, the price of banded mystus was increasingly going up with size 30-40 pcs/kg being sold at 107,000 – 120,000 dong/kg.

Rice and shrimp are grown in rotation in Cà Mau

Coding and locating each pangasius farm 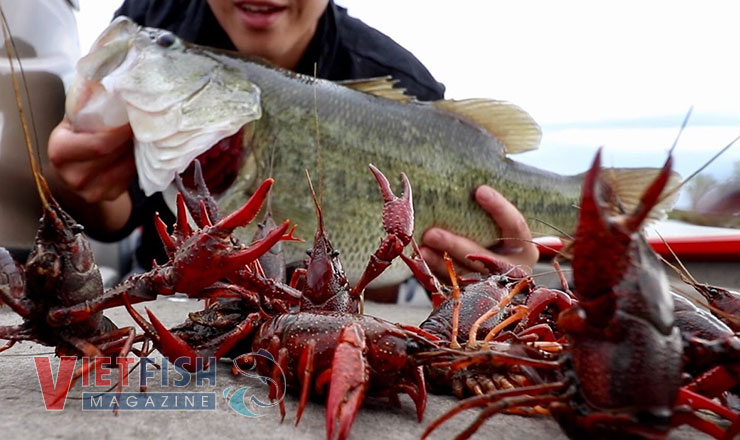