South Korea has added frozen shrimp to a list of Vietnamese products subject to inspection for breaches of hygiene and food safety standards.

The decision announced by the Ministry of Oceans and Fisheries, will take effect on 1 April, adding shrimp to a list that includes frozen oysters and abalone.

This is not the first time that South Korea has warned Vietnam about violations of food hygiene. In 2013, Seoul subjected Vietnamese frozen shrimp to a year of intensive testing for ethoxyquin, a preservative not approved for use in items intended for human consumption.

South Korea is not the first foreign market to increase inspections of Vietnamese seafood. According to Vietnam’s quality control authority for seafood, NAFIQAD, each consignment of Vietnamese shrimp entering Japan is examined for the presence of the antibiotic sulfadiazine, which is sometimes used by shrimp farmers to fight against bacteria and promote increase.

Under normal circumstances, only 30 percent of these imports are subject to inspection, according to the Vietnamese trade commission in Japan. VASEP said most of the country’s largest export markets have minutely scrutinized Vietnamese shrimp for antibiotic residue violations.

Last year, the European Union rejected 11 shipments from Vietnam due to high levels of heavy metals, such as mercury and cadmium. In fact, the number of shipments rejected by the EU in the first nine months of 2016 represented more than double of the previous year total. As a result, the inspectors asked the exporters in Vietnam to apply additional scrutiny to fishery products caught in the four central provinces affected by Formosa Group’s toxic discharge in Taiwan.

Vietnamese trade commissions in the EU, Japan and the United States have received about 180 warnings about contaminated shellfish so far this year. Even Australia, which has remained the largest importer of Vietnamese frozen shrimp for five years, imposed a rule requiring that each consignment of shellfish from Vietnam be examined for biological toxins and bacteria. 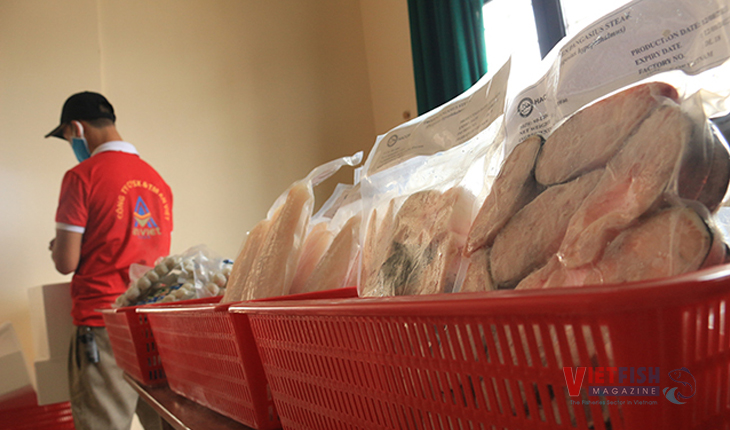 Expand the pangasius market in the North