Vietnam achieved USD 92 million from exporting tuna in August, nearly 1.5 times as much as the same period of 2019 when the pandemic hadn’t occurred. Tuna exports will continue to grow when markets recover after the Covid-19 pandemic.

According to VASEP, Vietnam achieved USD 92 million from exporting tuna in August, nearly 1.5 times as much as the same period of 2019 when the pandemic hadn’t occurred.

The accumulated value of tuna exports of the first eight months reached nearly USD 730 million, up 55% from the same period last year.

Vietnamese tuna products have gone to 97 markets all over the world. Tuna exports to major destinations all grew as compared to the same period last year, especially in the US and EU.

In the EU market, sales of Vietnamese tuna continued to speed up in August with a 70% increase as compared to the same period last year, reaching USD 14 million, leaving the total tuna export value in EU of USD 106 million in the first eight months of the year.

Germany, Belgium, and Spain were the top three markets of Vietnamese tuna among the EU countries. Sales of tuna skyrocketed by 221% in Germany in August after consecutive slumps in the past three months. Noticeable sales were also recorded in Belgium, increasing by as much as 116%.

Meanwhile, tuna exports to Spain have been reduced, partly because preferential tariffs for frozen steamed tuna meat/loin exported to the EU have reached the quota upon the agreement in the EVFTA.

Inflation in the US and the EU is hitting consumers in their pockets, leaving an increasing demand for canned tuna, one of affordable protein rich products. This will boost the importation of tuna, especially frozen meat/loin tuna material for production of canned tuna.

Besides the US and the EU, Canada, Japan, Israel, Saudi Arabia, Thailand, and Russia are showing a triple or four digit growth rate in August, surpassing the value before the Covid-19 pandemic. This proves the recovery of markets after the pandemic.

Long An: Prices of white leg shrimp in a slump 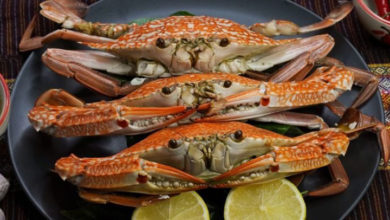 Exports of crab to major markets all increase