On 11 December, the Vienam Pangasius Association held the forum “Enhance the export value of pangasius products commensurately to the world market” to provide full information of a declination year.

The export volume reached US$1.640 billion by October 2019, down by 10% from last year, leaving the expected volume in 2019 of US$2 billion, down 10% as compared to 2018. The decreased happened in the US market while the increase was recorded in China, ASEAN, and Japan.

How did it fluctuate in three biggest markets the US, EU and China?

The result of POR14, with final tax rate being much higher than the preliminary result on September 2018, gave the US the first rank in density, but now it is the second, accounting for 14% of total pangasius export volume. The DOC has just proclaimed its preliminary decision after POR15 to be 0 USD/kg, while the domestic tax rate remains at 2.39 USD/kg. The number was much less than the result from POR14 which ranged at 1.37 – 2.39 USD/kg. However, the conclusion is still ahead.

The EU has experienced decline for years, accounting for 24% in 2012, 10% in 2018 and 13% at present. The technical barrier in EU has been gradually removed, especially the Free trade agreement EVFTA run-up promises to open up more opportunities.

China has exceeded the US in terms of density since 2017 and is accounting for 32%. The promotion activities in the Chinese market have reached Hồ Bắc and Tứ Xuyên. This is the potential market but quite tough in food safety and hygiene, requiring the products to satisfy quality standards, traceability criteria and schemes such as BAP, Global Gap, and ASC.

How about ASEAN and Japan?

ASEAN has seen considerable growth, resulting from the regional free trade agreement especially ATIGA. At present, the ATIGA, ACFTA and AKFTA require tax rate 0% on frozen fillet pangasius. The ASEAN’s demand in pangasius is increasing or stands still. This market is becoming more and more important to Vietnamese pangasius.

In the first ten months of 2019, the Japanese market reached US$27.5 million, up 0.6% from last year, accounting for 1.7% of the density. Since the VJEPA was signed on 25 December 2008 and became effective on 01 October 2009, Vietnam and Japan have given more mutual preferences than the FTA ASEAN – JAPAN. Moreover, the Comprehensive and Progressive Agreement for Trans-Pacific Partnership (CPTPP) resulted in some seafood products enjoying tax rate 0%, including pangasius, which was once 3.5 – 10.5%. Vietnamese companies have seen growth in pangasius exports to Japan ever since.

General evaluation for pangasius exports in 2019?

The market structure of exported pangasius has changed with up-ward trend being recorded in China, Hong Kong, ASEAN, and Japan. The price of pangasius stayed high in the first months of 2019 and then decreased continuously due to the technical barrier and trade protection from the importers.

The poor quality of pangasius broodstock resulted in high mortality rate during the commercial farming and low productivity. The production chain in pangasius in 2019 is suffering from bad impact because of farmers’ withdrawal. Even though the Chinese market ranked as the biggest importer, but it was an unstable and risky market.The anti-dumping duty after POR14 imposed by the DOC has had bad influence on the export volume (down 30% from last year).

We have website www.mekongfishmarket.comand the map of Mekong Delta pangasius farming are www.pangasiusmap.com; to provide companies, pangasius farmers and customers in various markets. 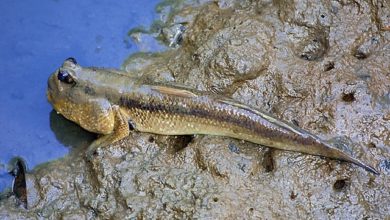 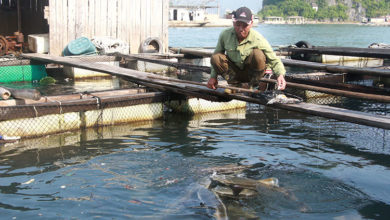