The Cửu Long (Mekong) Delta province of Bến Tre is expanding farming of some key fisheries products for both domestic consumption and exports.

They would also help adapt to climate change and protect the environment, he said.

The province would develop linkages between small fisheries breeding establishments to create large breeding areas and also link them with businesses to ensure supply of inputs and outlets for their harvests, he said. 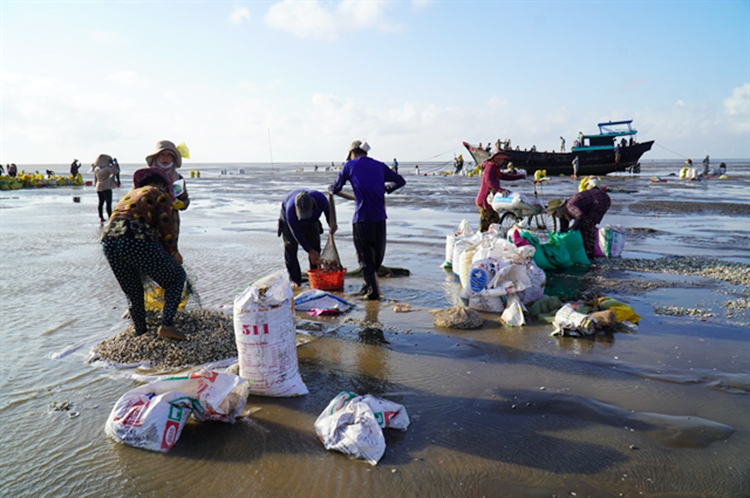 These districts now have 46,000ha of aquaculture farms, including 11,500 ha devoted to intensive and semi-intensive shrimp farming.

Đoàn Văn Đảnh, director of the province Department of Agriculture and Rural Development, said aquaculture would be developed in an effective and sustainable manner with a diverse range of creatures bred using methods that suit each locality.

The province would proactively switch from traditional to hi-tech breeding methods, adopt good agricultural practices and origin traceability, and ensure bio-safety and environmental protection, he said.

This year, the province aims to develop at least 500ha of hi-tech farms breeding brackish-water shrimp, taking the total to 2,500 ha, he said.

Some companies have entered hi-tech shrimp farming in the three coastal districts while the province is investing in infrastructure for hi-tech farming there.

The model requires multiple ponds for breeding shrimp and treating water. Shrimp fry are first bred in a nursery pond for a few weeks before being transferred to the main pond for intensive breeding.

The ponds are equipped with oxygenation facilities, anti-sunlight nets and plastic sheets for covering their beds.

The model offers high yields of 40 – 50 tonnes per hectare per crop.

The province is soliciting investment in processing, especially of marine shrimp.

It has 11 plants that process seafood for exports, mostly tra fish and clam, with a total capacity of 72,000 tonnes a year.

The province has 47,550 ha under aquaculture with an expected output this year of 320,000 tonnes, according to the department.

With a coastline of 65 kilometres, it is also expected to catch 236,500 tonnes of seafood. 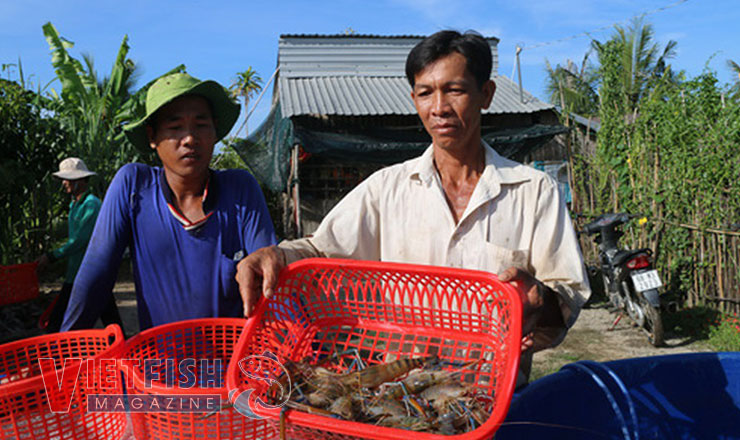